I wrote multiple articles on developerWorks, Thoughtsoncloud, and on this about APIs and automation on IBM SmartCloud Enterprise. The final goal of these articles was to show how it was possible to automate deployment on the IBM SmartCloud Enterprise. Automation reduces the effort to deploy a topology and also minimizes the number of deployment misconfigurations due to the repeatable tasks and the human factor.

Now, forget APIs for automation, you can use IBM SmartCloud Application Workload Service!

For example, to deploy a Web Application environment you can either reuse one of the provided samples such as the ‘Simple Java EE Web Application’ pattern 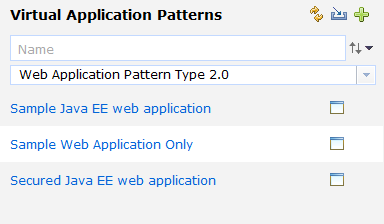 and adapt it for your own needs 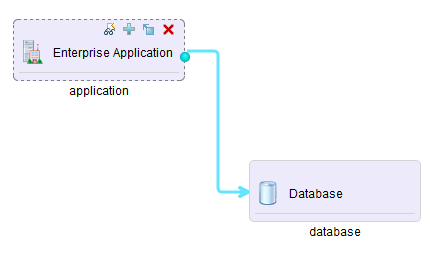 or create one from scratch. For this you can reuse a number of predefined widgets. 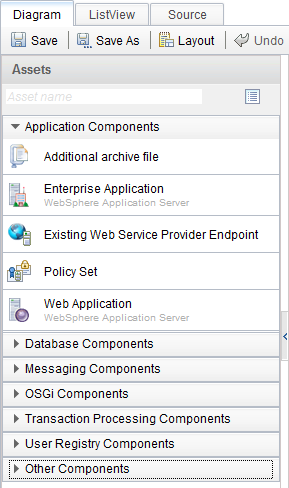 Please look at this video showing how to create a new virtual pattern:

With the ‘Virtual System Pattern’ you can deploy whatever you want based on images and scripts. You can import your own image built with the IBM Image Construction and Composition Tool and upload your own scripts.

The scripts are bundled in a .zip file which contains a json descriptor. The json descriptor allows you to describe among other characteristics the configurable parameters of your scripts. Parameters can have values but also expressions following the ‘properties variable syntax‘ and thus can reference other objects of your pattern. Please visit this blog, Developing script packages for IBM Workload Deployer Virtual System patterns, for more information and examples.

Now you can create a topology via a virtual system pattern of the IBM SmartCloud Application Workload Service with your own images and scripts that set up your full infrastructure and deploy it as much as you want!

For example, here is a WebSphere Application Server connected to a DB2 server using a script to create the datasource toward this database and another script to set up the database. 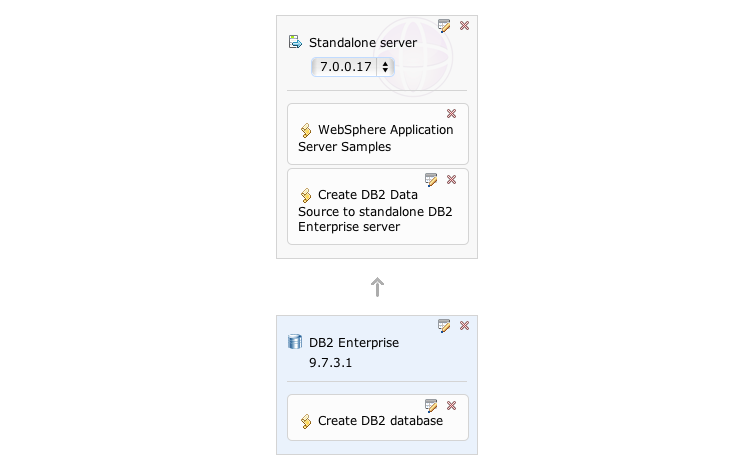 You can see below an example of an expression following the ‘Property Variable Syntax’ to reference from the script in the WebSphere Application Server (the database server).