For this article, I will use JBoss AS7 in standalone mode.

As by default JBoss only accept request from localhost and we will not know the hostname/IP address associated with our server, we have to open the request to all IPs but don’t worry, there is a way to limit the access while designing the pattern.

First download the JBoss distribution and unzip it in a temporary directory.

Edit the file <JBoss_Distri>/standalone/configuration/standalone.xml and modify the lines:

Finally, you can re-create a zip with the <JBoss_Distri> directory.

Now, the process is very similar than IBM Application Pattern Type for Java: RAP application on Jetty the only differences are on the:

Now, you can deploy it and test. 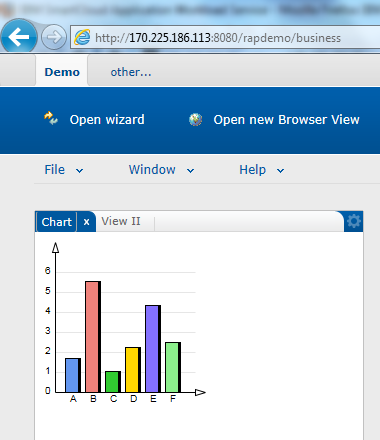